In Memory of Bob Lyon 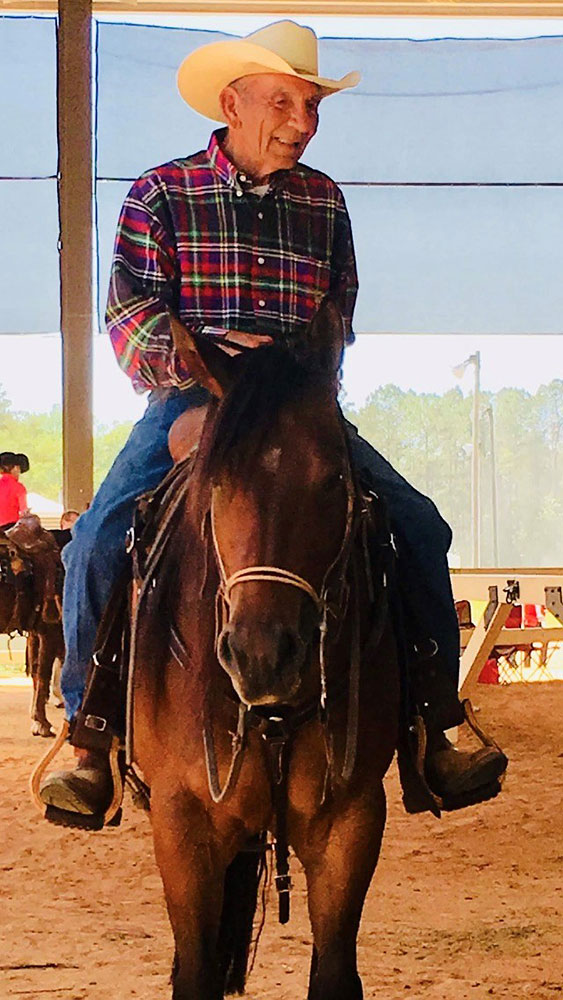 The Reining Horse Foundation and NRHA mourn the passing of Bob Lyon, 85, on August 26, 2022. Bob had a long history with horses. He served in the U.S. Army from 1960-1962 training horses for the Army Pentathlon with special interest in jumping horses. After discharge from the Army, he with to California and began acting. He also worked as a stunt man in Columbia Pictures’ western movies. He began training American Quarter Horses in California and Arizona in the early 1970s. He met his wife, NRHA Non Pro Robin Lyon, at the Scottsdale Community College where Bob was on the faculty. They married and moved to North Carolina in 1986 where he continued to train American Quarter Horses privately. Bob was a certified AQHA judge, traveling internationally to judge shows. He retired as a job superintendent for Barger Construction Company in Mooresville, NC. You can read his full obituary here.

A memorial service is planned for September 4 in Kannapolis, North Carolina. Bob’s family is requesting that in lieu of flowers, gifts may be made to the Reining Horse Foundation’s Dale Wilkinson Memorial Crisis Fund. This program makes grants available to NRHA members enduring major hardships such as illness, accidents and disasters.

If mailing a check, put “In Memory of Bob Lyon” in the memo section. If you donate online through the link below, it will notify RHF that your gift is in memory of Bob. Your gift will be acknowledged.