In Honor of Jerry Kimmel 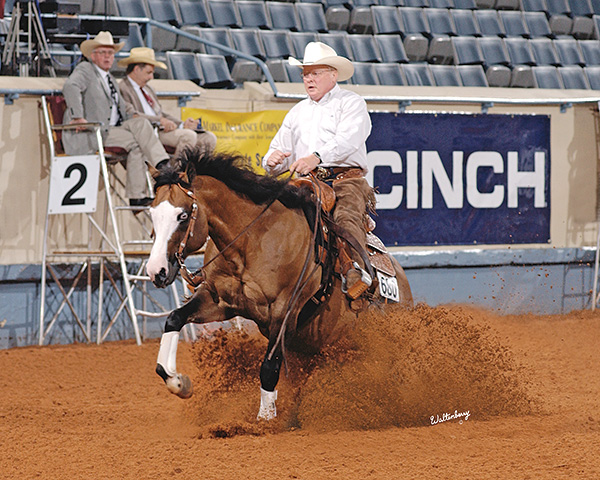 In 2014, Jerry Kimmel was presented the NRHA Dale Wilkinson Lifetime Achievement Award. He passed away April 3, 2020, and soon after was announced as an inductee into the NRHA Hall of Fame, Class of 2020. His formal induction ceremony took place December 1, 2021, and was attended by his wife of nearly 60 years, Carmen, and his children and extended family. Jerry had a heart for all things reining and was especially passionate about fostering leadership in youth reiners, the future of the sport. Gifts in Jerry’s honor may be made to the NRHyA—Youth Unrestricted fund of the Reining Horse Foundation. They can be made at reiningfoundation.com or mailed to: RHF, 3021 W Reno Ave, Oklahoma City, OK, 73107.